Headband is an iconic indica hybrid that draws on some solid cannabis genetics to offer buds with visual “bag appeal” and a potent stoney high. Although the name Headband may conjure up images of hippies in decorative headgear, it actually refers to the sensation of pressure that builds up around the user’s temples as this strain’s THC dilates blood vessels in the face.

Headband is a cross between staple strains OG Kush, Master Kush, and Sour Diesel. All of these indica heavy hitters endow Headband with a high THC content — it has been measured at between 20% and an impressive 27%. Some sources claim that Headband was developed by Colorado-based breeders Reserva Privada — who are also responsible for tasty strains like Kandy Kush and Strawberry Banana. Still others attest to an origin in 707 Headband, a grassroots strain developed in the cannabis promised land of Humboldt County, California; breeders DNA Genetics claim to have studied this “707” strain and recreated its likely genetic profile to produce Headband. 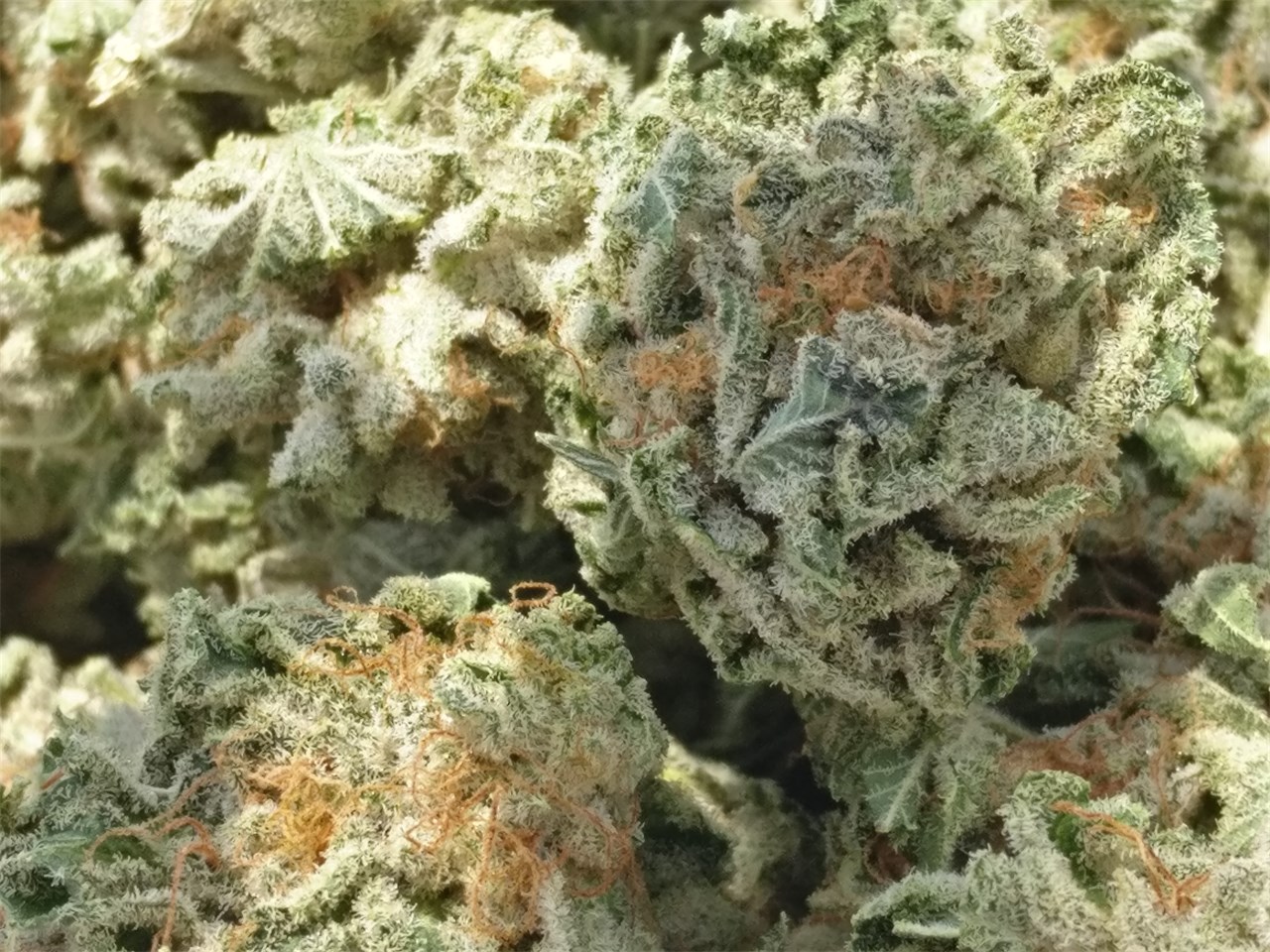 Buds of Headband kush are small and are more like nuggets than dense, spade-like cones. The leaves are an even, pale green, although some plant phenotypes have a higher propensity for shades of purple (the result of cold temperatures activating anthocyanin compounds during the vegetative period).

As might be expected of a strain with such high THC, Headband flowers are covered in silvery-white trichomes and are sticky to the touch — this is one strain that proves difficult to break up for joints or pipes without using a grinder. The initial smell of the cured flowers is tangy and lemony. Underneath these dominant scents is a faint skunkiness, along with some notes of pine.